The television industry is witnessing a large wave of digital television to OTT (providing Internet-based content) ... 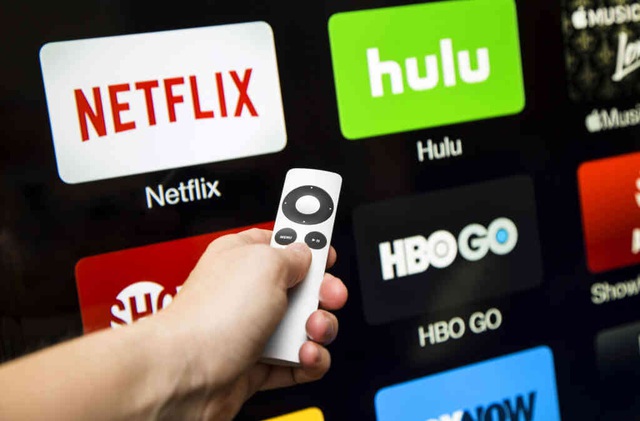 The OTT market is still very new, the vacant land is still large and the demand of users is very large, so the market has a lot of potential for development

Not long ago, Mr. Nguyen Dang Ben, General Director of IGV Group met with the leader of Mushroom - the leading TV producer in Thailand. He said, 7 TV channels in Thailand continue to close. The Thai National Telecommunications and Television Commission had to reimburse up to 2.9 billion baht (equivalent to 2,175 billion dong) for the auctioned frequency to be broadcast until 2029.

In Thailand, Workpoint owns the OTT digital content distribution platform with the largest number of subscriptions and pay. Most manufacturers are eager to put their TV shows on this platform for business.

In Vietnam, in recent years, in turn, OTT TV applications have been launched, such as K + has MyK + NOW, SCTV with SCTV VOD, VTVcab has VTVcab ON and Onme, VTC has VTC Now, FPT has FPT Play, the businesses such as FPT Telecom, VNPT, BHD, Galaxy, Clip TV, Fim + ... have also participated in the OTT race ... Many providers have started collecting fees from 20,000 to 125,000 VND, depending on the package.

According to Mr. Ben, in Vietnam, there is no OTT platform that is outstanding and strong enough. "So far, when the cost of converting an audience from traditional television to the OTT application has been 1,000 times more expensive than 5-6 years ago, the story of" digital transformation "to have an audience of the home radio is even more difficult, remote, "Mr. Ben said.

Mr. Nguyen Chan, Head of Service Management Department (Department of Radio - Television and Electronic Information under the Ministry of Information and Communications), said that in recent years, while traditional TV subscribers have paid growth. Slowly, at the increase of 4-5%, OTT television subscribers increased sharply in both usage demand and revenue, with an increase of up to 50% / year.

According to Mr. Nguyen Dang Ben, OTT television was born to turn traditional television into a television social network with the orientation of being the central audience and considering the social network model as an opportunity to expand business in In the field of media, entertainment and advertising, there are great opportunities for growth in the television industry.

Similarly, Ms. Truong Nguyen Thu Ha, CEO of Fim + commented that OTT market is still new, vacant land is still large and users' demand is very high, so the market still has great potential for development. In particular, the customers who use OTT services are young and have high demands on service quality.

It is known that the Ministry of Information and Communications is submitting to the Government a draft Decree amending and supplementing Decree No. 06/2016 / ND-CP dated January 18, 2016 towards international integration, creating conditions for enterprises providing cross-border television services may participate in Vietnam's market and compete equally with domestic enterprises on the same legal conditions. Thus, the competition for the television industry will be increasingly fierce, requiring huge changes of "broadcasters".

According to Ta Son Dong, Deputy General Director of VTVCab, VTVCab's strategy is to take the content as "strategic weapons". "Content must be the core value of television, the most important competitive tool. Differentiated content will create a highlight for the service, special content is the strengths and advantages of the service provider. case, "Mr. Dong shared.

And Mr. Vo Thanh Hai, Director of Viettel Media, said that this enterprise has a very clear development strategy. The goal is to build Keeng to become a high quality, copyrighted content OTT with 3 branches: Keengmovies, KeengTV and Keengmusic. Business model in the direction of selling content (based on content-based business model) for customers to use. Currently, Keeng is in the process of developing KeengTV - an online TV channel, expected to launch users early next year.

For her part, Ms. Truong Nguyen Thu Ha said that Fim +'s development strategy is to promote the expansion of film stores with the earliest and latest films from Vietnam and abroad, and to thrive on platforms. new, investing in exclusive movie production, as well as investing in new technology to satisfy customer experience. 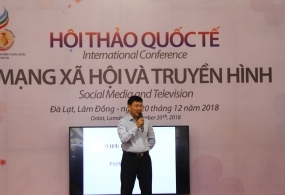 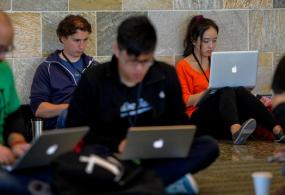 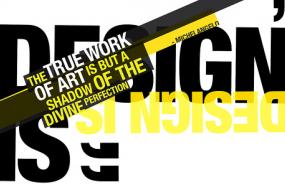